Undoubtedly, the rings of Saturn are most beautiful natural creations. Since their discovery in 1610 by G. Galileo of Italy they have been attracting scientists' attention and enjoying great popularity. The logotypes of the rings are widely used in business and advertisement. Thousands of articles have been written about them and tens of billions of dollars have been spent to study them. However, the problem of the origins of the rings of Saturn is still unsolved, and this is one of the main problem should be resolved by Cassini mission (1197-today).

In 1859 British physicist J.C.Maxwell, the founder of electromagnetism, proved that the rings consisted of an infinite number of separated particles. Otherwise they would have been destroyed. Maxwell assumed the rings were to fall down on the planet with the passage of time, but surprisingly they still exist.

Even though humankind studies the planets of the Solar system and outer space, there are still very many riddles and unsolved problems. The mystery of the rings of Saturn is one of them. All admire this most beautiful phenomenon of the Solar system, yet its riddle has remained unsolved for four hundred years, and it thrills not just astronomers alone. All inhabitants of Planet Earth wish to know how the rings took shape and how Saturn became their lord. The current Cassini Mission is trying to reveal the secrets of this phenomenon.

The existing theory of the rings emerging from fragments of an asteroid that came close to the planet was universally accepted before the flight of Cassini. Now it is crumbling away thanks to newly found phenomena in the rings. This is understandable as the old theory, in the absence of a digestible and physically comprehensible explanation, contains some mystical basis as is done in science fiction novels. Cassini has now discovered millions of large ice formations in the rings (they have been called moons) and new rings, - but how to explain all these? It turns out one can do so, if one accepts our new theory of formation of the rings as is proposed in [1-6].

The rings were believed to have emerged and created from debris of an asteroid that approached Saturn was then disintegrated by gravitational and centrifugal forces. Obviously this theory contains some mystical argument, though some also managed to describe such approach by using the rich set of mathematical tools available. According to another opinion, the rings could emerge from particles of a protoplanetary cloud surrounding the planet. Or, the cloud consisting of the Rings could be filled up by residue of destroyed celestial bodies approaching Saturn. Gravitational, magnetohydrodynamicand plasma effects near Saturn were thoroughly studied, but no explanation of the stable long-term existence of the rings and the fundamental properties of their particles was obtained. All these theories were of an uncoordinated nature. Up till now it remained unclear how the disk sombrero of Saturn consisting of rings and gaps could emerge from a protoplanetary cloud at the planet's equator.

At the same time electromagnetic interactions are known to be very important in the Solar system and particularly for Saturn. K. Tsiolkovsky, L. Chizhevsky, H. Al'ven and other scientists pointed this out in their works.

Also the particles of the rings do not stick together, V.V. Tchernyi and A.Yu. Pospelov, speaking at an international conference in 1994, put forward a hypothesis of possible superconductivity of the ice particles of the rings. This is principally possible, because they are warmed by the Sun weakly and have been retaining their temperature of about 70-100 degrees Kelvin for a long time. Such assumption is also based on the fact that in laboratories they has been produced a wide spectrum of frozen multi-component substances possessing high-temperature superconductivity as was discovered in 1986. Physicists in the Ural in Russia experimentally demonstrated in a laboratory in the same year (1986) that ice could possess superconductivity at both lower temperatures and high pressures. Ice is a complex formation, of course. A huge number of its modifications exist on Earth. Yet, the knowledge about outer space ice is very limited.

The specificity of the proposed theory that the rings of Saturn came into being due to the existence of superconductive properties of the ring particles lies in the fact that it does not reject previously obtained knowledge, but augments it with newly discovered physical effects. It then integrates this knowledge and allows one to get a physically real picture and to answer the question how did the rings emerge?

Besides, the gravitational, hydrodynamic and plasma interactions do not become subject to decomposition, but are just augmented with the properties of behavior of superconductive particles in the heterogeneous magnetic field of Saturn.

The formation of the ring-like structure of the disk, resembling a gramophone record, occurs similar to iron particles creating the areas of thickening and rarefaction in the heterogeneous field of a magnet on laboratory table with the presence of the huge gravity force of the Earth. The magnetic field of Saturn in the ring disk plane is not homogeneous, as each superconductive particle ejects the magnetic field out of its volume, according to Meissner-Ochenfeld effect.

The formation of the specific picture of rings and gaps is affected by the influence of gravitational effects that are called orbital resonances, caused by the presence of Saturn's satellites, as well as due to big fragments and moons in the rings, that emerged as a result pf collisions and sticking together before the appearance of the magnetic field of the planet.

The electromagnetic model of a possible role of the superconductivity of the ring particles in the formation of the system of the rings, proposed by the authors, surprisingly can explain many experimental data of land-based tests and NASA space probes Pioneer, Voyager 1 and 2 and Cassini-Huygens.

It Also becomes clear why the particles of the rings do not stick together; why the rings exist only around the planets behind the belt of asteroids where the temperature is favorable to the acquisition of superconductive properties by substances; why the reflection of circular polarization microwaves from the rings occurs as if from a superconductor that is a magnetic mirror; why there is a broad-band discrete non-polarized radio-emission in the range of 20.4 kHz through 40.2 MHz, which can be explained by non-stationary Josefson effect for superconductors; why an anomalous behavior of the dependence of the thermal emission of the rings in the range from 10 mcm through 1 cm is observed, which is also characteristic of superconductors; why there is an atmosphere of "unknown" origin near about the rings, which can be explained by diamagnetic expulsion of gas molecules due to the molecular magnetic moments induced in the superconductive particles; why waves of density and waves of bending exist in the rings, which can be explained as a generation of parametric oscillations by ponderomotoric forces emerging in the situation the outer magnetic field directed in tangent toward the free surface of a group of the superconductive particles and in traverse to the direct phase lines.

It is also clear also that the planets between the Sun and the belt of asteroids cannot have rings, because this space is well warmed by the Sun and the temperature destroys any superconductivity. Rings can exist only around magnetic field-possessing planets behind the belt of asteroids, and their appearance depends on the specifics of the substance of a protoplanetary cloud as well as physical and especially electromagnetic parameters of a planet.

A consequence of the proposed theory of the origins and formation of the rings of Saturn is the fact that some unified picture of electromagnetic interactions in the solar system takes shape, which makes it possible to confirm H. Al'ven's opinion that the history of the origins of the Solar system at the earlier (cold) stage of its development might lie in the very process of origination and emergence of the rings of Saturn. It is obvious also that a new direction for the studies of superconductivity of matter behind the belt of asteroids and in the outer space has come into being.

Further research will determine whether this theory is just a model or it will become real. It is important that the very idea of superconductivity of the particles of the rings looks new and attracts scientific interest. Also it is appropriate that this new theory of the origins of the Rings of Saturn does not force other authors into abandoning the studies already conducted, but augments them and even unifies them, revealing a possible nature of the planetary rings' origins. 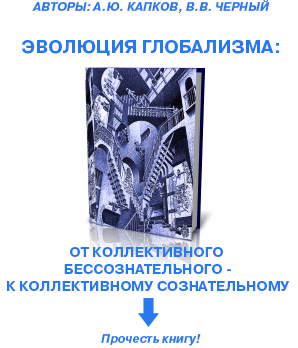